The Alberta Women’s Archives Association (AWAA) was a volunteer-run organization based out of Edmonton, Alberta that worked to preserve and promote the records of women’s history in the province. The AWAA helped individuals and organizations with archival material created by and about Albertan women to collect and preserve those materials, and donate them to an established archives.

AWAA first formed as the Northern Women’s Archives Project in 1989, out of the Women’s Program and Resource Centre at the University of Alberta Faculty of Extension, and the Women’s Research Centre (part of Athabasca University and University of Alberta). The project’s goal was to promote and preserve records created by individual women and women’s groups who were active in the women’s movement in Edmonton between 1960 and 1980. The project collected oral histories from notable individuals in the Edmonton area, and connected potential donors with archival institutions, ensuring the documentary heritage of Alberta represented these dynamic and prominent women.

Over the years, the project’s purpose expanded to encompass the promotion and protection of women’s history and associated records from across the province and the eras. The Northern Women’s Archives Project evolved into the Northern Alberta Women’s Archives Association in 1993, and later the Alberta Women’s Archives Association in 2000. AWAA created and protected women’s stories in Alberta’ archives through various outreach activities including lectures, workshops, and the publication of two manuals on preserving women’s history, What's cooking in women's history: an introductory guide to preserving archival records about women (1993), and Preserving women's history: an introductory guide to preserving the records of women's lives (2002).

Although AWAA dissolved in 2012, their legacy lives on in the collections they helped to preserve in Alberta’s archives. In August 2012, their remaining assets were gifted to the Friends of the Provincial Archives of Alberta Society, who used the funds to describe, process and make available various women’s collections at the Provincial Archives of Alberta. 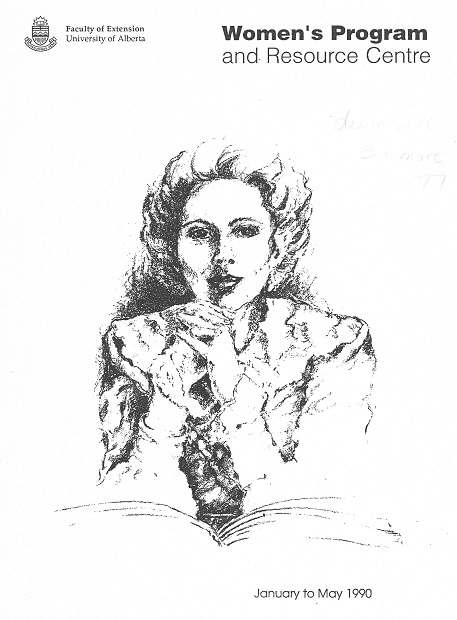 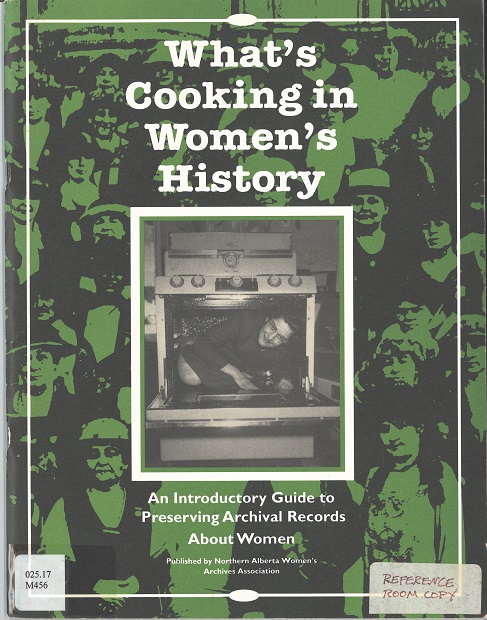 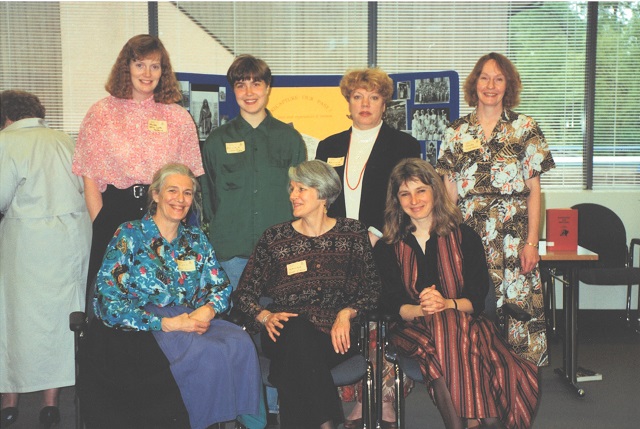 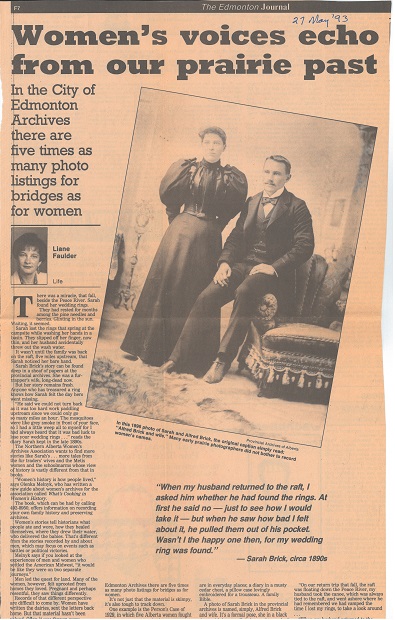 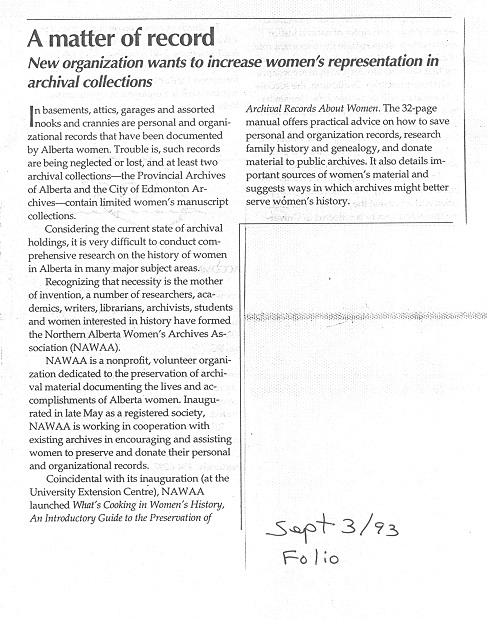 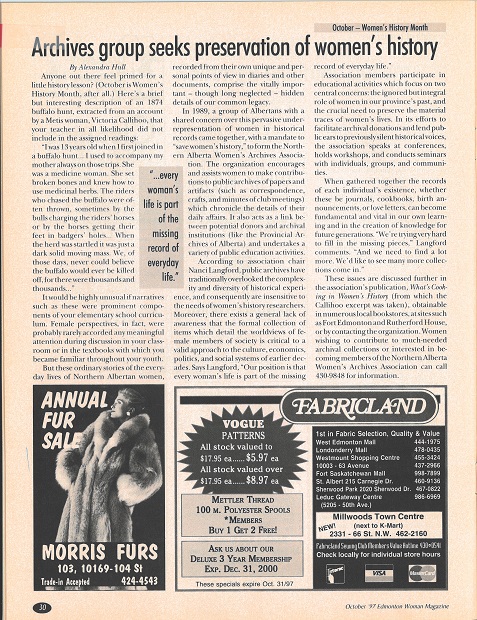 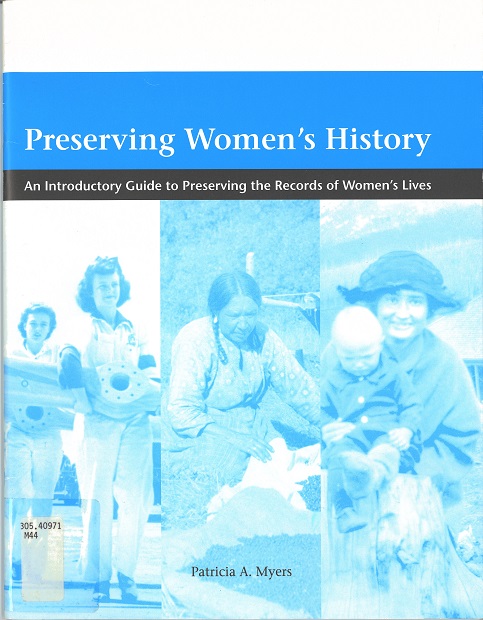 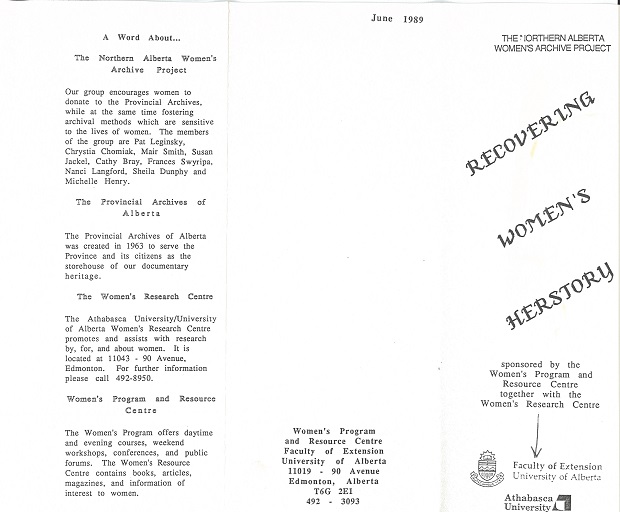