As Alberta entered her 100th year, it was staggering to consider how many significant structures were built in such a short period. Throughout Alberta's history, the creation of infrastructure in the province has been an impressive partnership between the public and private sectors, reflecting the can-do attitude that epitomizes who Albertans really are.

In honour of this can-do spirit, the Provincial Archives of Alberta selected a few photographs from our collection that document the building of Alberta.

These photographs serve as a monument to those who built the province and as a reminder that for every construction project, an immense amount of work is needed before the finished project is opened for use.

Some of those achievements involve important events and prominent people. Most involve ordinary people doing ordinary and extraordinary things. Yet, it is the sum of their stories that helps define the character of a place and refine the essence of a people. 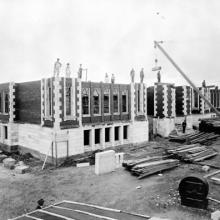 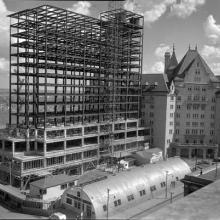 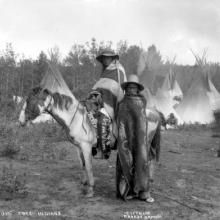 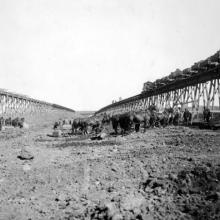 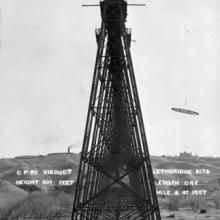 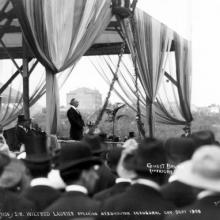 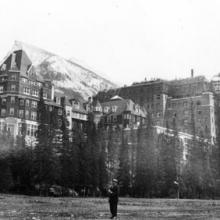 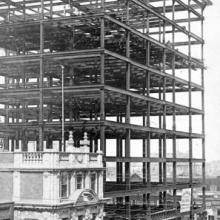 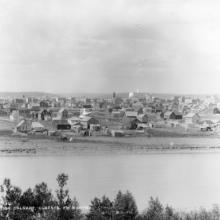 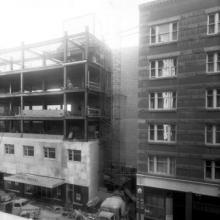 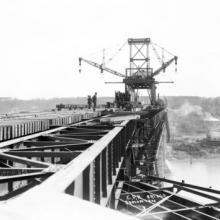 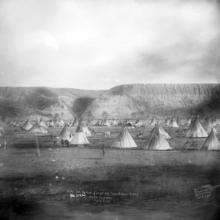 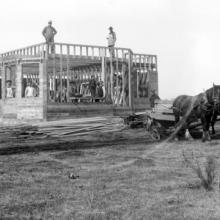