William Copeland McCalla was a botanist, photographer, author, teacher and farmer. He was born on November 8, 1872, in St. Catharines, Ontario. From an early age, McCalla had an interest in botany as well as photography. He studied botany at Cornell University in Ithaca, New York, but was unable to complete his studies due to poor health.

On June 23, 1902, he married Margaret A. Ratcliffe, with whom he had eight children - three sons and five daughters. McCalla operated Sunny Acres fruit farm near St. Catharines until 1913, when the family left Ontario and moved to Edmonton, Alberta. After a short time as a house-builder, McCalla bought 'Glenbrook Farm' near Bremner, east of Edmonton.

In 1920, McCalla published an illustrated book, Wild Flowers of Western Canada. From 1920 until his retirement in 1938, he served first as a librarian, then as a teacher of natural history at the Edmonton and Calgary Normal Schools.

Following his retirement, McCalla devoted more of his time to his botanical studies. He was a respected authority on the flora of Alberta and had three species named for him. He was presented with an honorary degree, a doctor of laws, from the University of Alberta in 1956 in recognition of his substantial contribution to western botany.

Glass lantern slides were developed in 1849 to be projected onto a wall or a screen so that photographic images could be viewed by a larger audience. This allowed photography to evolve from an intimate medium to one that was appropriate for entertainment and education purposes.

Glass lantern slides comprised black and white transparent positive photographic image printed on a 3 1/4" x 4" glass plate. The image could be hand-coloured or tinted using paints and dyes. The slide was finished with a mat and a glass cover, and was taped around the edges. Glass lantern slides remained in use throughout the nineteenth century and into the 1950s, when their popularity began to decline with the introduction of the smaller 2" x 2" and 35mm film slides. 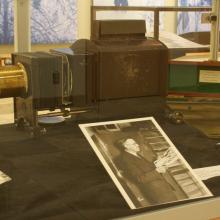 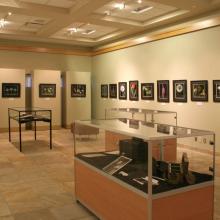 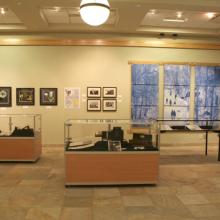 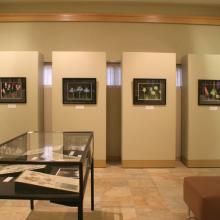 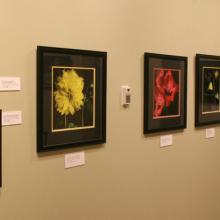 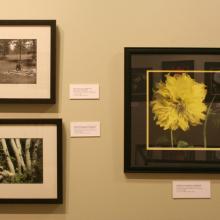 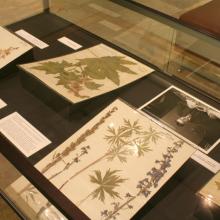 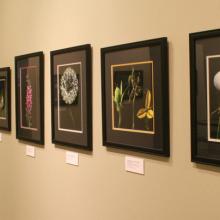 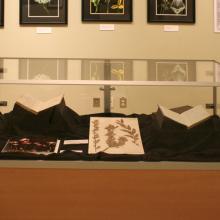 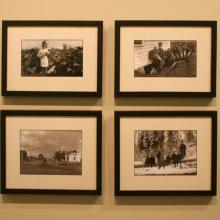 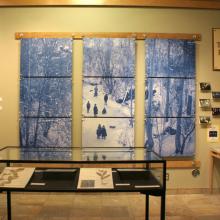