After nearly two years as a province, Alberta finally began excavation for its legislative building in August 1907. The Alberta Legislature first met at the Thistle Curling Rink on March 15, 1906 and also sat at McKay Avenue School, but MLAs were eager to move in to grander surroundings. The cornerstone was laid in 1909 at a splendid ceremony that included the insertion of a time capsule, its contents to be revealed on the hundredth anniversary of the building's opening.

The sunshine glinted off the crisp, bright granite, as the crowd pressed forward in anticipation ...

The chosen site was next to the remains of the old Fort Edmonton, on land purchased for $4000 an acre from the Hudson's Bay Company. The rising structure next to the crumbling fort was a sign of the province's evolution. Its population exploded from 73,022 in 1901 to 374,295 in 1911.

Hammers clanged and streetcar bells rang, as the Legislature grew with the province ...

Allan Merrick Jeffers was the building's architect. His American origins caused nothing short of an uproar in the young province, but the simplified Beaux Arts style, strongly influenced by similar American legislative buildings, dominated the landscape. Though the legislators had already moved in late the year before, the Legislature's official opening was on September 3, 1912. The Governor General, the Duke of Connaught, read a speech celebrating the province's remarkable progress, "far beyond even the most sanguine expectations."

The Duke of Connaught's voice rose across the air: "the graceful structure you have erected ..."

Albertans have long used the Legislature grounds as a centre for their social as well as political lives. Visitors have enjoyed the seasonal scenes around the dome, children have splashed in the fountain on warm summer days, and many dignitaries have ascended the building's steps. With the High Level Bridge in the Legislature's shadow, streetcar riders and car passengers have craned their necks out of the windows for the best view. 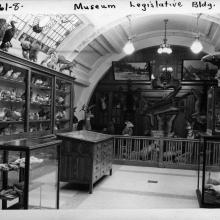 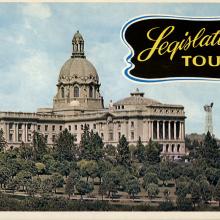 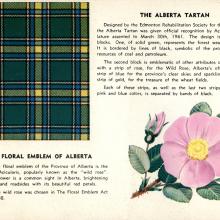 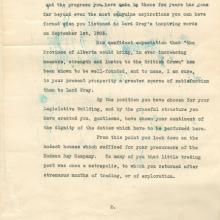 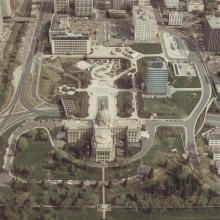 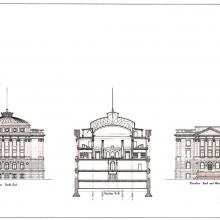 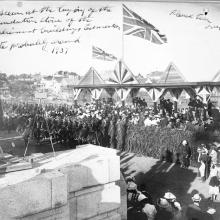 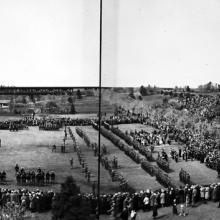 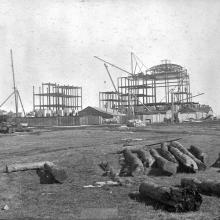 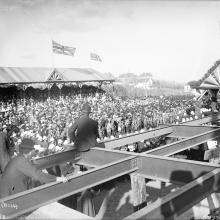 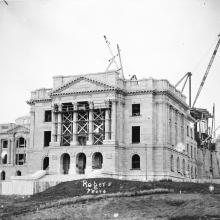 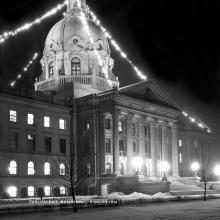 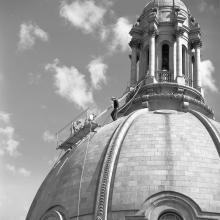 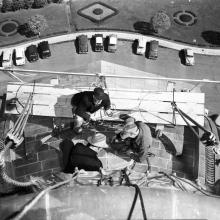 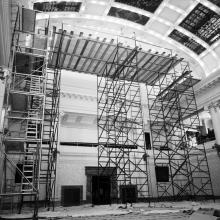 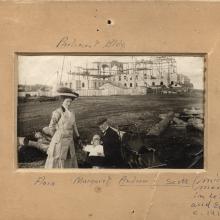